The Hudson Valley boasts a bevy of natural, manmade, historic, and emotive treasures. Though the area is speckled with cities of all sorts, it’s also surrounded by mountain ranges, wooded spaces, and fields, making it easy to be 30-trees-deep one minute and curbside not 10 minutes more. Nostalgic experiences abound in its villages and towns.. Just fill the car with kids, pillows, and head out to one of our eight drive-in theaters in Dutchess, Orange, Greene, or Rensselaer counties for an alfresco movie night and check out the undeniable ecstatic feeling you vaguely recall from a time long ago.

The Hudson Valley’s unique culture integrates history and progress. Embedded in its ethos is a beckoning to turn off technology and be present. Whether it’s kicking back by the Hudson, on a massage table at Mohonk Mountain House, or finding zen at Omega Institute, relaxation is never taken for granted.

With an epic history of culture, commerce, and transportation, the mighty Hudson has been a source of nature’s spectacle long before it was even considered for European settlement. Since then, it has been symbiotic with progressiveness and preservation, and defined by artists. The river is its most prominent feature, and its community is darn proud of it. Here are a few of our favorite things about this pocket of American paradise....

Hudson, Beacon, Newburgh, Poughkeepsie, Peekskill, and Kingston (to name a few) are all in different stages of gritty to gorgeous. We’re willing to pardon their progress. Its unique evolution has created a beautiful collision of industry and ingenuity; main street mentality and historical structure; and incredible dining and eclectic displays of culture.

See work by Pablo Picasso, Alexander Calder, Georgia O‘Keefe, Edward Hopper, Richard Diebenkorn, Richard Serra, and Willem de Kooning at the Frances Lehman Loeb Art Center at Vassar College, the Neuberger Museum of Art at Purchase College, Storm King Art Center, and Dia: Beacon. Plus, there are so many more extraordinary paintings and sculptures at other museums, galleries, and estates throughout the Valley.

Not only did the early Hudson River School of artists call it home (How could they not? It’s part of their name!), but their homes (Thomas Cole House, Olana State Historic Site, and the Jasper Cropsey Home and Studio) are now part of our landscape. Samuel F.B. Morse (portrait artist as well as telegraph inventor), Edward Hopper, and many others were also residents.

Don’t miss the Omi International Arts Center in Ghent and Storm King in New Windsor. The most current and illustrious Hudson River School artistry is found in the work of Betsy Jacaruso and her students at The Betsy Jacaruso Studio and Gallery, located in The Courtyard of the historic and charming town of Rhinebeck, well known as the home of the Beekman Arms, the oldest still-running hotel operation in the country.

Equestrian - The Millbrook Hunt, which for 90 years has been a fixture in this Duchess County village, is much more than a celebration of the traditional English sport of fox hunting, it is inextricably woven into the very backbone of the community itself. The Millbrook Hunt Club has permission to cross more than 50,000 acres of private and beautifully managed land. The Millbrook Hunt is part of the genetic make-up of this quiet Hudson Valley town and it is unlikely to change. The Millbrook Horse Trials, an equestrian event that brings riders and spectators from far and wide, has been scheduled to run in early August this year. This stunningly athletic and beautiful event benefits the Duchess County Land Conservancy.

Hiking - The area hosts a barrage of trails that range in difficulty from leisurely stroll to totally challenging: Breakneck Ridge, Devil’s Path, High Falls, the Lemon Squeeze, even part of the Appalachian Trail, all of these — and many more — lie there waiting.

Fly fishing - American Fly Fishing was born in the Catskill Mountains, renowned for some of the best fishing in the world..

Vassar, Bard, Sarah Lawrence, Rensselaer Polytechnic Institute, and a plethora of SUNY schools are only a taste of the education opportunities available, proving you don’t have to go far away to get smart.

Hyde Park is home to none other than the Culinary Institute of America, oft-billed as the world’s premier culinary college. Eat there. It’s a sure bet you’ll enjoy the creation of someone with a bright gastronomic future.

Blue Hill at Stone Barns in Pocantico Hills was named Best Restaurant in America by Eater in 2016, and there’s no denying our region is robust with equally out-performing outposts. Consider the outsized number of Hudson Valley chefs and restaurants have earned nods (or wins!) from the James Beard Foundation itself, like Chef Zak Pelaccio of Fish & Game in Hudson, Chef Francesco Buitoni of Mercato in Red Hook, and Serge Madikians of Serevan in Amenia.

Shawangunk Wine Trail. Dutchess Wine Trail. And any other of the dozens of wineries — including the oldest continuously operating in the country, and a few Wine Enthusiast award-winners. Beyond breweries (check out our Beer Bible for more on those), we call ourselves the home of more than two dozen distilleries, producing everything from gin and bourbon to fruit liqueurs, bitters, and vodka. The area’s cocktail and bar scene is alive and thriving. The Hudson Valley is also chock-full of local roasteries, award-winning Harney & Sons teas, and even a one-of-a-kind, cooperative CSA-like operation. From well-worn countertops to shiny railroad cars, it is also home to some of the most classic and eclectic eateries in the land: The Martindale Chief, The Daily Planet, Phoenicia,.

It’s no secret that area agriculture is more or less our lifeblood. Farmer’s markets can be found up and down the Valley every weekend. It’s more unexpected to hear that a restaurant is not farm-to-table than it is to learn their ingredients are sourced from the region, and there are plenty of produce-forward supermarkets that highlight local fare.

New York State has the second largest apple harvest in the US, the Valley contributing roughly a quarter of the entire haul. It’s safe to say we’re all about apples — and cider, and sauce, and doughnuts, etc. — in the fall.

The Hudson Valley features the world’s longest elevated pedestrian bridge, the Walkway Over the Hudson, plus other beauties such as the Bear Mountain Bridge and Rip Van Winkle — there is even a bridge that plays music: Composer/artist Joseph Bertolozzi composed the sounds of the Mid-Hudson Bridge being struck with mallets and sticks into music you can hear via your car radio as you approach.

Thanks to its people’s passion for all things altruistic, there are several social and environmental movements. Scenic Hudson and Riverkeeper both started here and it witnessed the birth of the Clearwater organization; Slow Food initiatives and organic agricultural practices are also pervasive in the Valley.

While we’re all about the natural wonders, we can groom a mighty fine garden, too. For instance, Innisfree Garden in Millbrook, a romantic-style cultivation influenced by Asian gardening traditions, is recognized as one of the world’s 10 best gardens by Rory Stuart, a leading garden expert in both the US and abroad.

Covering almost 6,000 sq miles, the Catskill Mountains — home to Kaaterskill Falls, the Great Wall of Manitou, and Platte Clove, among other natural wonders — have always been beloved by Valley residents, and have become the darling of visiting city dwellers, too. 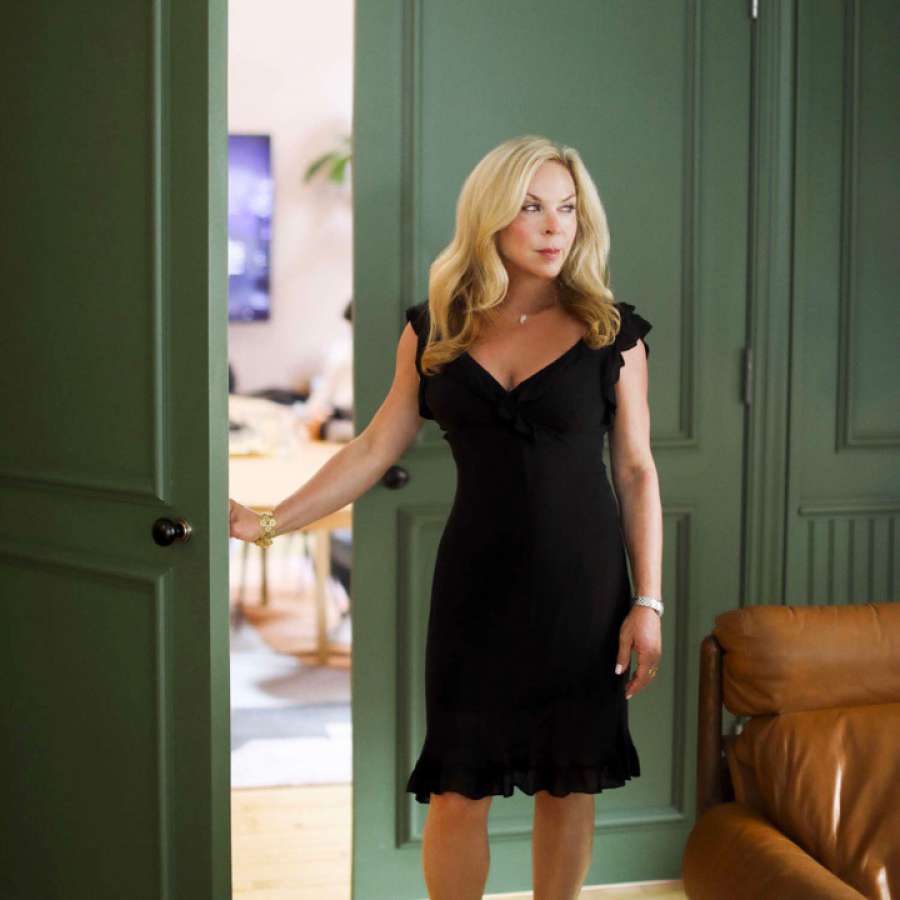 Looking to Buy or Sell?

Connect with us for more details.