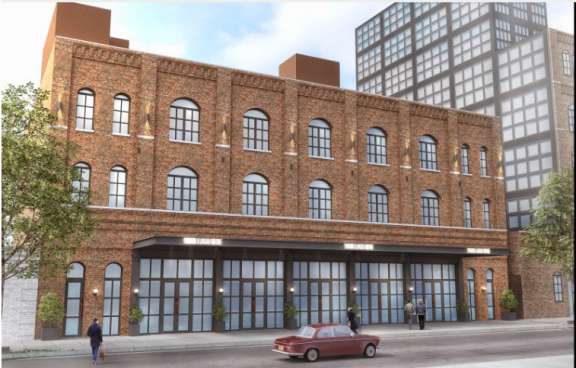 The women behind female-focused media production studio and creative agency We Are the XX are launching a new women’s coworking and event space called the XX House in Williamsburg, Commercial Observer has learned.

The new Brooklyn digs span 15,479 square feet on the entire third floor of the three-story former warehouse at 61 North 11th Street between Kent and Wythe Avenues, according to information provided by the brokers on both sides of the deal, plus usage rights of the roughly 11,000-square-foot roof. The XX House concept is similar to the Wing, a network of women-only social clubs and coworking spaces that launched in Soho in 2016 and has since expanded to Flatiron, Dumbo and Washington D.C.

“They’re a media company and they’re expanding in to the world of bricks-and-mortar in the form of a women collective workspace for creative entrepreneurs and businesses that are feminine-powered,” said Brown Harris Stevens’ Wendy Maitland, who represented the tenant along with her daughter Emma Maitland and Wyatt Bertz.

According to Lee & Associates NYC’s Corey Horowitz, who represented landlord CW Realty Management in the deal along with Justin Myers, this is one of the largest office lease deals in Williamsburg “in many years.”

As CO previously reported, CW Realty acquired the 1920 brick building, which comprises 41,690 square feet of commercial space and 11,400 square feet of usable basement, last May for $35.5 million. The landlord is converting the warehouse into a lifestyle-oriented mixed-use building.

The asking rent in the 10-year deal (with extension options) was in the high $60s per square foot.

“We are building an elegant space architected for women to thrive on every level, embrace their leadership and amplify their creative prowess,” said one of the We are the XX and XX House founders, Rachel Vestergaard, in prepared remarks. We Are the XX is based in Williamsburg.

Unlike the Wing, Maitland said, men will be allowed inside the XX House, though not as members.

The XX House hasn’t started selling memberships to the public yet, but it has “committed seminal members,” Maitland said. “There will be an application process, not to be elitist, but to form the culture that is the right fit.”

The XX House is slated to open at the end of the third quarter or the beginning of the fourth quarter, she noted.