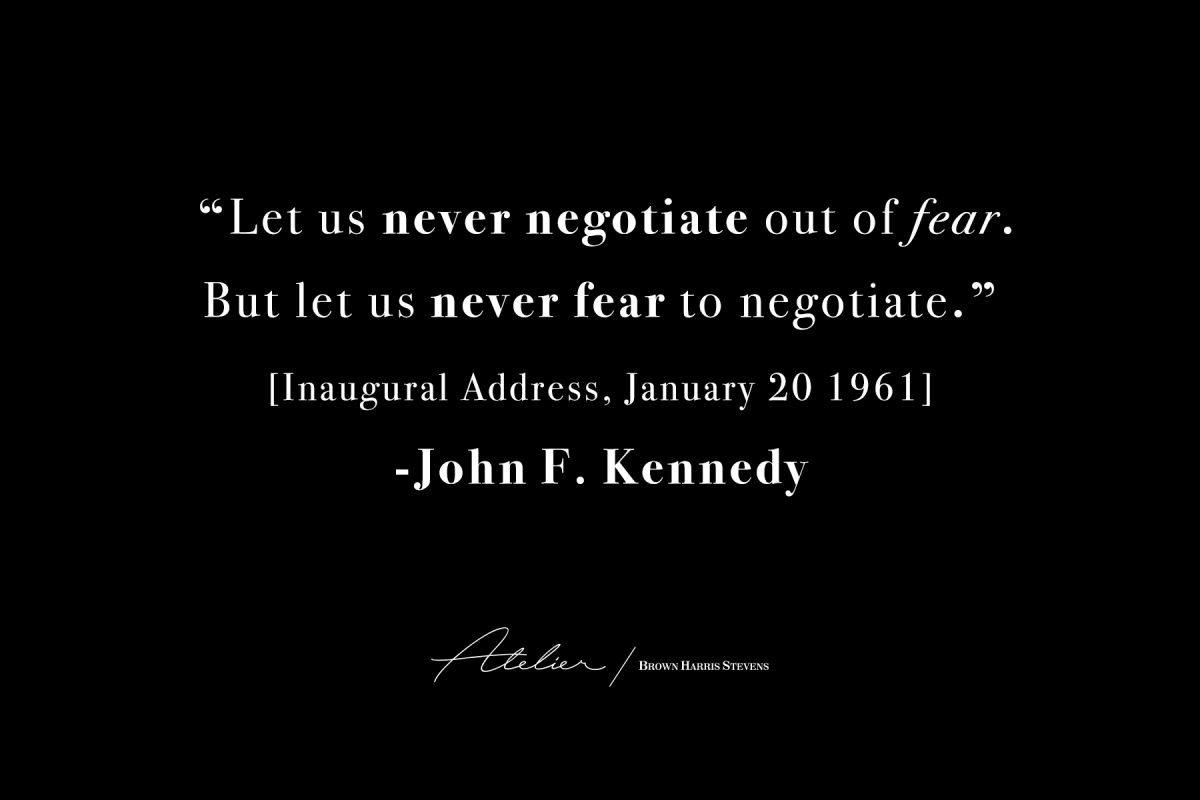 The Psychology of Real Estate

Have you ever met someone who’s smart as a whip, but just can’t get out of her own way on the path to positivity and success? Have you experienced this yourself in your life, either wholesale, or regarding a certain aspect of your life? If you have, and if you haven’t quite found the answer as to why, read on.

"I do not regard a broker as a member of the human race." -Honore de Balzac

Does Balzac’s sentiment resonate with you? If you buy or sell real estate, whether for yourself, as an investment, or if you’re a developer and reading this, and you’ve questioned the value of a great broker’s representation, you’re about to become enlightened.

Feelings toward others, and oneself, are the lifeblood of the human brain. They are what inspire us to get up every morning.

"Nothing is a great impediment to being on good terms with others than being ill at ease with yourself." - Honore de Balzac

Feelings are obviously essential to humanity. The emotions of a real estate transaction are plentiful, on behalf of each player involved, from the seller, to the buyer, to the broker or agent representing each, to the managing agent, to board members if it’s a cooperative, to the Super of a building. If you’re a principal of any part of a development in process, the importance of the emotional factor is even greater,

because you’re in a long-term relationship with every person on a huge, collaborative production akin to a film being made, over the course of not months, but years; one in which your investment and stakes are high. You want to heed the emotional needs of others, in order to elicit a state of being on good terms with each player involved. It’s no small task. Emotions involved which, if unchecked and not handled properly can easily “queer” a deal, a project or even a career, include:

Did I say fear?

At the basis of each is ego. Large or small, everyone has one. Untended, each proves problematic, so we may as well get after it, rather than letting it get the better of us. Like the eloquent, underrated writer, William Saroyan, I am interested in what he called “madness”. I believe that it is the biggest thing in the human race, and the most constant.

"How do you take away from a man his madness without also taking away his identity?" - Saroyan

The most important element that determines how a real estate deal unfolds is who the players are, what they’re feeling, and how well or poorly one’s emotional “Achilles heel” is managed or self-managed. Whether you’re a developer, a seller, a buyer, a broker or an agent, or merely a human being, awareness is the key to utilizing emotions in the interest of your goal and ultimately, in the interest of your life’s relationships and work. Lack of self-awareness, and awareness of others’ emotional drivers, is the number one way to sabotage a career in real estate brokerage as well as many other career paths.

"But reason always cuts a poor figure beside sentiment; the one being        essentially restricted...while the other is infinite."  -Honore de Balzac

Let’s face it, there’s much more to being a stellar professional than emotions. There’s work ethic, strategy, tenacity, preparation, and my golden-rule trifecta recipe for success: execute, follow up, follow through. Then do it all over again. And again, and again and again. However, if you haven’t become conscious enough to develop a significant level of mastery over your emotions, none of these traits or practices is enough, because ultimately, it’s about relationships. In my book, developing, maintaining and embracing the evolution of relationships are the key touch points that separate the wheat from the chaff. How do you execute any stage of any relationship, without awareness of your own emotional triggers? It’s the most underrated aspect of any outsized career, in any field.

Have you ever noticed people who walk into a room and command attention, because they pay attention? They remember what people’s fabrics are made of in the room and they approach each, whether a CEO or the janitor, with respect. These people remember who the people are around them, what sports their kids play, whether the CEO plays a bass guitar or tennis in his spare time, or whether he loves Sushi or Italian. When you go to their office for a meeting, they have thought about not only your preferences, but your foibles as well. They approach you with an unspoken, uncanny understanding. Why? They don’t have special powers. The reason is that they use natural human powers to do the thing that most people don’t, because the vast majority of people are busy thinking about their own agenda, and with their own emotional reactions, and how to get to their goals as quickly as possible. This kills more deals than the number of gold artifacts in the Vatican.

So what is that power? It’s actually a set of developed skills, that prepares them to do one thing better than the other 99%: Listen. I mean really listen, to what’s said, and to what isn’t said. What sets them up to listen is the sharpness with which they handle their own internal monologue and emotions, which helps them to swiftly put those in proper perspective, so that they can truly be present. Ever wonder why it’s tougher for most people to navigate love relationships than business relationships? I know that you have the answer...right? It’s The Emotions. We accept it in personal relationships because clearly, emotions are the basis for wanting, keeping or dismissing people in our lives. In business, we are still in relationships, only these are based on different, ongoing imperatives, on the trajectory of long-term business relationships, to do repeat business with people. These are are underestimated as drivers in the arena of business, and certainly in the realm of real estate. Repeat business and referrals are the most effective ways to ensure a successful career. You can choose not to do business with those who are abusive (however you define abuse) but it isn’t feasible to axe every associate, client or customer out of your life when emotions run high.

“What about when a person is someone I just can’t relate to, or who ‘sets me off’?”

"For those who you hate, well, this is the question about such people:  why do you hate them?"  -William Saroyan

Sometimes, a person can trigger another’s disdain merely by taking a breath of shared air in the same room. Identify the actual behavior or sensibility in them that turns you off, and find something to love about them (barring those who prefer abusive behavior, of course). Often, merely taking a moment to reflect, to identify what the “turnoff” is, shifts the feeling, or at the very least takes the power out of its punch.

Before gaining the ability to do this, one must be prepared with a prerequisite, which is one of my favorite Latin proverbs, a biblical edict, historically associated with the  medical field: “cura te ipsum”, or in English, “heal thyself”. The moral of the proverb is counsel to attend to one’s own issues/defects, rather than, or at least before, criticizing defects in others. It is, however, more than a moral imperative. It’s the pavement on the road to success, because it is the seminal factor that generates emotional awareness leading to deftness in handling almost any situation to finesse a deal. On that note, it’s imperative to state that this is the reason I’m adamant in my belief that skilled, self-aware and astute, aka live, breathing, thinking, present brokers and agents, whose legal and moral duty it is to represent your best interest, are essential to the business of real estate. Don’t underestimate the necessity of having a human check-point in a situation where life-changing decisions are being made, where a crack in judgment can make or break a deal.

If you have the drive and dedication to achieve an ever-evolving level of self-awareness, you have the greatest tool in the world to achieve success in any real estate transaction, large or small. It’s no small undertaking. In fact, it’s a lifelong process, with as many routes to learn as there are drops of water in the ocean. But isn’t that the beauty of it? It can even be fun. At almost any moment, any day, the opportunity exists to learn  about yourself, simply by listening, to what’s inside yourself, and to others. The more you know what’s inside, especially the “gnarly” stuff, the better your listening skills become. The more successful you become at this “loop” process, the more deals you close, with the most probable outcome of a win/win success for each player, including yourself.

And yes, the win/win is not only possible, but highly likely, the more self-aware you and and the other players are, and, just as importantly if not more so, the more aware you are of who you’re dealing with and what drives each. Nothing is going to take the emotions that run high out of real estate-it’s a high stakes game, financially and emotionally, after all. However, when you have the tools to work with them, instead of trying to get rid of them (impossible), you’re twelve steps ahead of the other 99%, in real estate and in life. Give it a try, and let me know how you’re doing on your journey, any time. 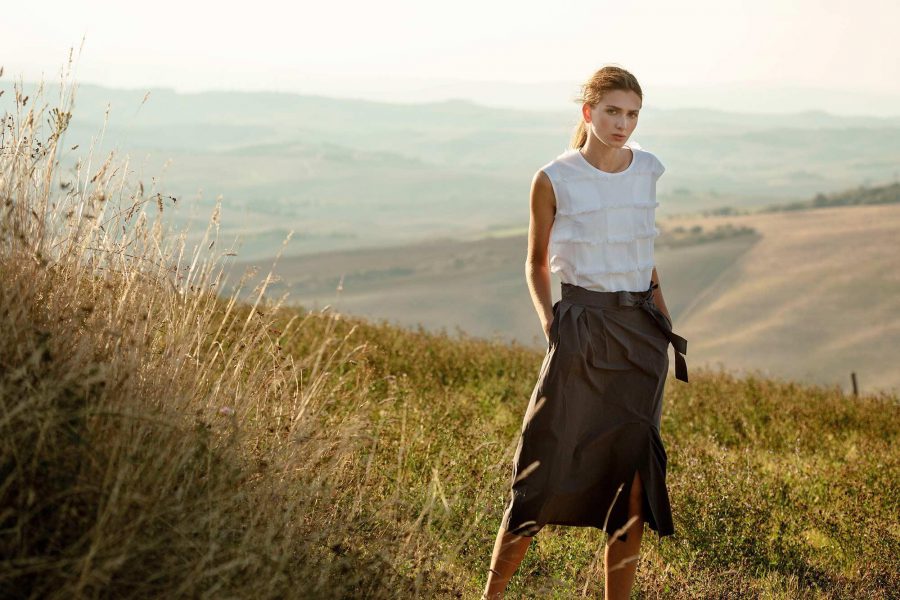